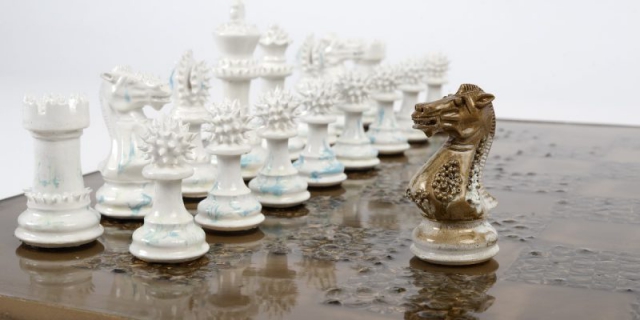 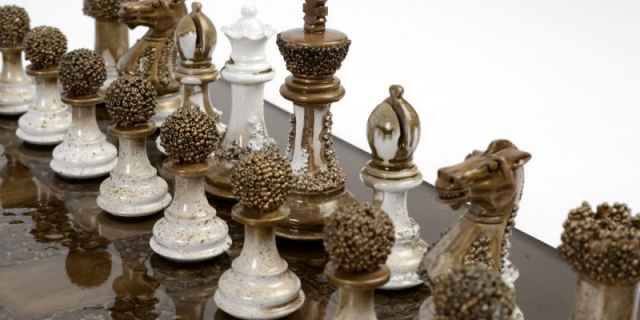 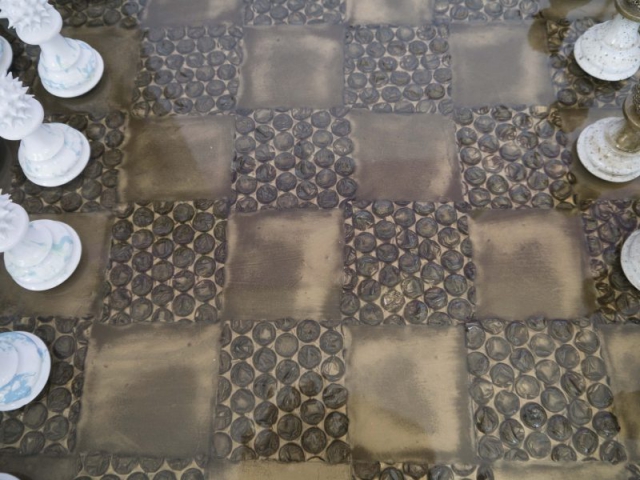 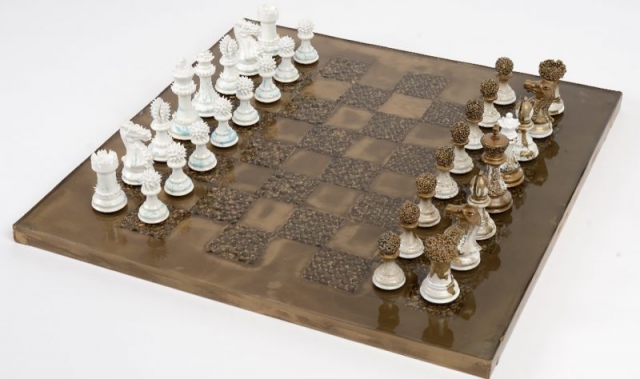 Inspired by America’s recent controversial withdrawal from Paris agreement that magnified the scale of the  denial about the reality and the dangers of the climate change, Raytchev chose the climate change to be the theme of her new collaboration with Purling London.

Can we use the climate change as an opportunity to demand and build a better world?

Climate change will have consequences not only on the nature ( severe droughts, wildfires, lack of water, floods, affecting food supply and living conditions). The climate change is also a threat to the human rights. It will have devastating consequences on the poorer nations and already existing inequality gap and racism. Africa is the home of 7 of the ten countries most threatened by the climate change. The economic and social effects are enormous.

The chess set’s industrial looking gold pieces, that represent the human force and capitalism, are in ongoing ‘battle’ with the white spiked pieces with blue marble like effect representing the nature and the planet Earth. Raytchev also agrees and sees “ the climate change as a battle between capitalism and the planet”. Naomi Klein

As of late, Raytchev’s work is gaining more of a political and social character. She addresses her ideologies and support for racial, gender and sexual equality as well as various environmental causes. Same as with her past mental health related works, she continues to encourage honesty, equality, and empowerment of those less fortunate or discriminated through raising awareness about the subject that she feels passionate about.

“Fear can’t be the driver. That’s the big mistake the environmental movement made – “we’ll scare the hell out of you and you’ll become an activist”

There has to be a counter-narrative that we can have a different economy with more, better jobs.” George Monbiot 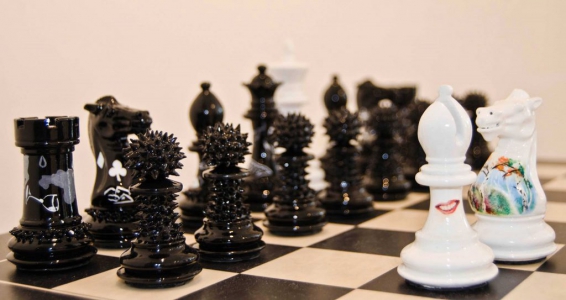 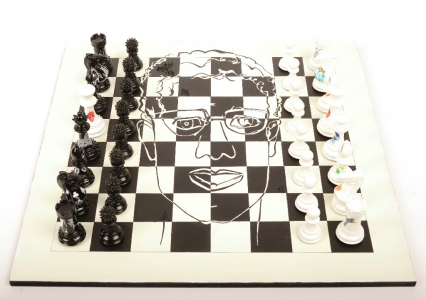 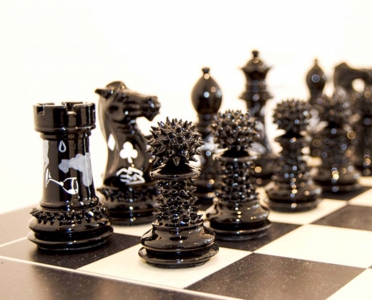 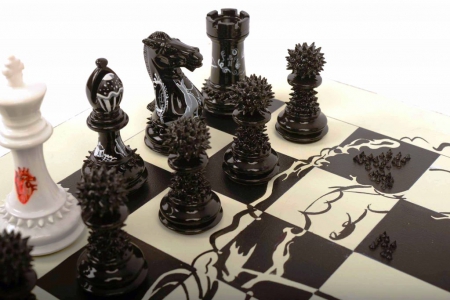 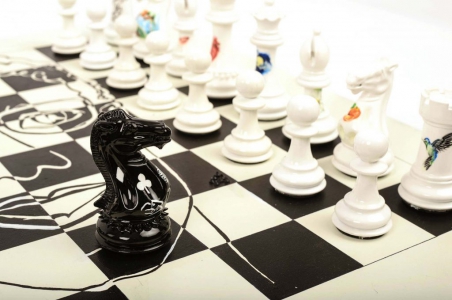 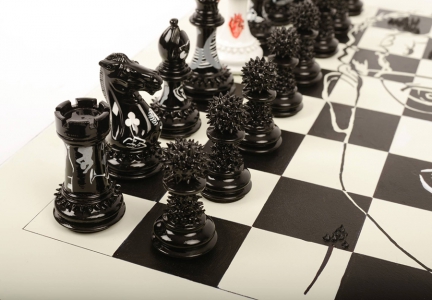 The chess set name ‘Addictions’ is about the inner conflict between the negative destructive self and the toxic crutches we may hold on to as a result of fear and anxiety (Black pieces) against the self which is loving, positive and nurturing (White pieces).

Each tall black piece illustrates different addiction, ranging from alcohol, drugs, food to shopping, relationships and others. Guarded by spiked pawns that create a wall, uncomfortable barrier from the other world that can be seen. If we remove those, as illustrated on white tall pieces by delicate paintings of everyday objects and sceneries we encounter, we can notice all the little things that make our lives happier and richer.

Both kings are the same, white with spikes, a metaphor to express that people are primarily good, addiction is just an illness they may suffer, that may influence their actions but doesn’t make them bad. You can only win by accepting yourself as a whole.